Thursday 25th April was a very special day for our family. My husbands brother Phil was to marry his girlfriend Katy at the Renaissance Harbour view hotel in Wanchai, Hong Kong. Where Phil and Katy live and work.
The day started very early for my husband who was best man. Breakfast with the groom and ushers. Followed by a visit to the wedding hotel where they were set tasks by the bridesmaids to do various challenges. Feeding m&m’s with chop sticks, press ups with the groom on their backs and finally Phil had to woo his future bride in Cantonese. As a forfeit for not achieving all the goals the groom had to sing a song.
Then came the first of many tea ceremony’s to take place that day. The first one was for the brides parents. Following this the Bride and Groom came to our hotel where they served tea to the grooms parents and myself and my husband as elder siblings.

Katy and her bridesmaids looked beautiful and it was a huge honour to be part of the ceremony. Katy wore a traditional Chinese wedding dress in gold and red, adorned with gold jewellery.

After photo’s being taken in the foyer of our hotel, we all made our way to the Hotel in a minibus for a relaxed lunch with the brides parents. Following this the Bride and Groom travelled all over Hong Kong having pictures taken. The rest of us were able to go off for a rest and to prepare ourselves for the evenings celebrations.

Being very keen we arrived back to the wedding hotel an hour early so my sons and their girlfriends joined me for Pre drinks in the bar while the best man went off to help set up. 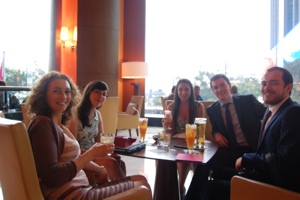 The wedding was beautiful. We sat at our tables as Katy came in wearing a stunning white wedding dress, followed by her bridesmaids.
The registrar led the marriage ceremony and Phil and Katy made their promises to each other and gave each other wedding rings. 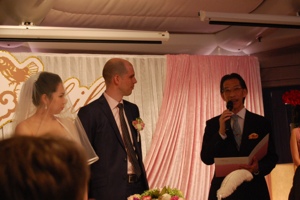 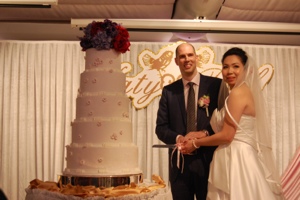 The wedding was witnessed by 2 friends and it was announced that they were husband and wife. The wedding was a real East meets West with some traditionally Chinese parts and some familiar British ones. A relaxed family affair which brought me to tears for almost the entire evening.
A slide show was then shown of all the days events. That started me off again! 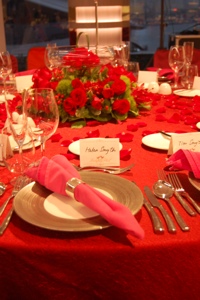 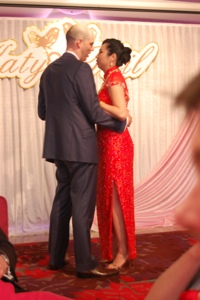 A large buffet was set up for everyone and a special menu had been prepared for me which was stunning. Possibly the best wedding food I have ever had. The bride and groom had gone to so much extra effort for me, it was very kind. 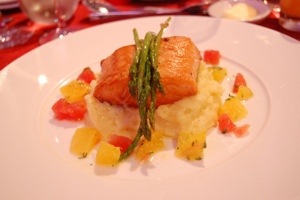 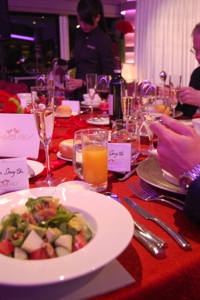 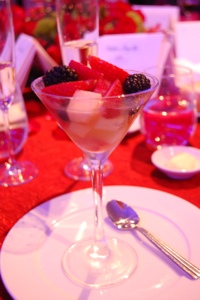 The evening finished with my husbands best man speech in English, and Cantonese by Herman the MC. Then the first dance by the Bride and Groom.
A day to remember forever! 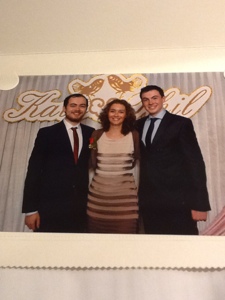 Photo’s were being taken all evening and within moments were being handed to us in beautiful envelopes. This was one of my favourites my grown up sons and myself. Made me cry again !