I made these new cookies today, and as they were so delicious I wanted to share the recipe straight away.

I’ve eaten two already and they are not even cold , a crisp outside with a soft chocolatey and nutty inside . I hope you enjoy them too.

mix together all the dry ingredients

cool on a wire rack

While away I was looking for a cookie that I could make quickly, These have been so successful I have made three batches in a couple of weeks. You can add anything you fancy I have added raisins, dark chocolate chips or cherries . Maybe try adding chopped nuts. I think hazelnuts would work well.

3 tsp cinnamon ( you could add cacao or ground ginger instead )

Put all the dry ingredients in to the bowl

then add in the egg, honey, melted butter or coconut oil.

mix well together , form into balls , place on a baking sheet with  greaseproof paper

cool on a wire rack

store in an airtight container or freeze in two’s ready for a snack attack!

The ground flax seed and coconut flour are not cheap but kept in an airtight container they last ages .

It’s Tuesday so it must be baking day! It’s The Great British Bake off again tonight and the programme can’t be watched without having something to munch, preferably baked goods. 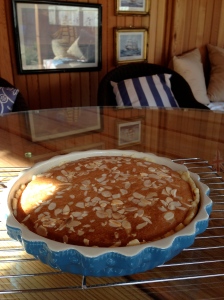 Today I thought I would have a go at a bakewell tart as i’ve never made one before.

I chilled the pastry for 15mins before rolling out between cling film. 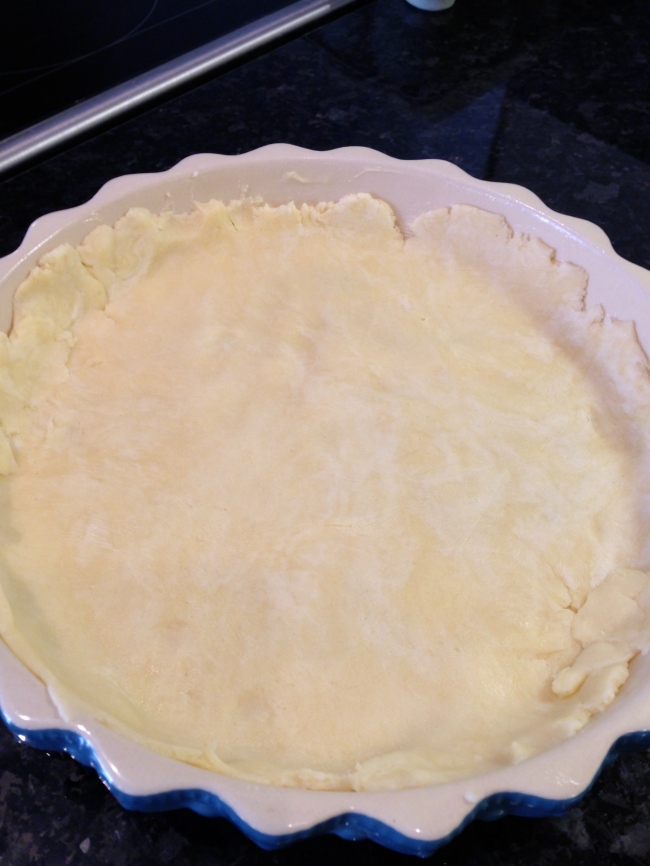 It doesn’t have to be perfect. Then I spread raspberry jam across the base. 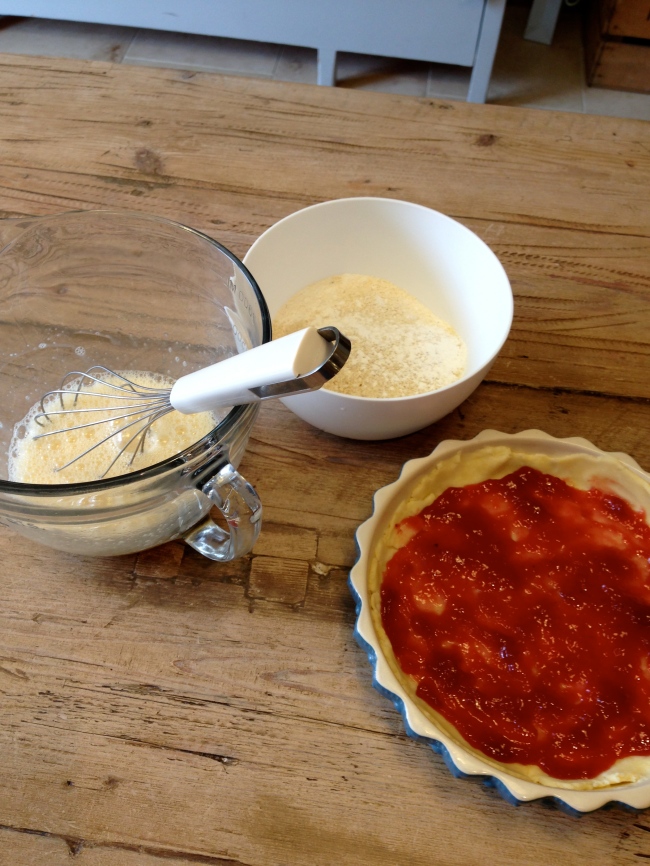 Next I whisked the eggs and sugar together until fluffy, I added a little almond essence. Then added the ground almonds and gluten free self raising flour. 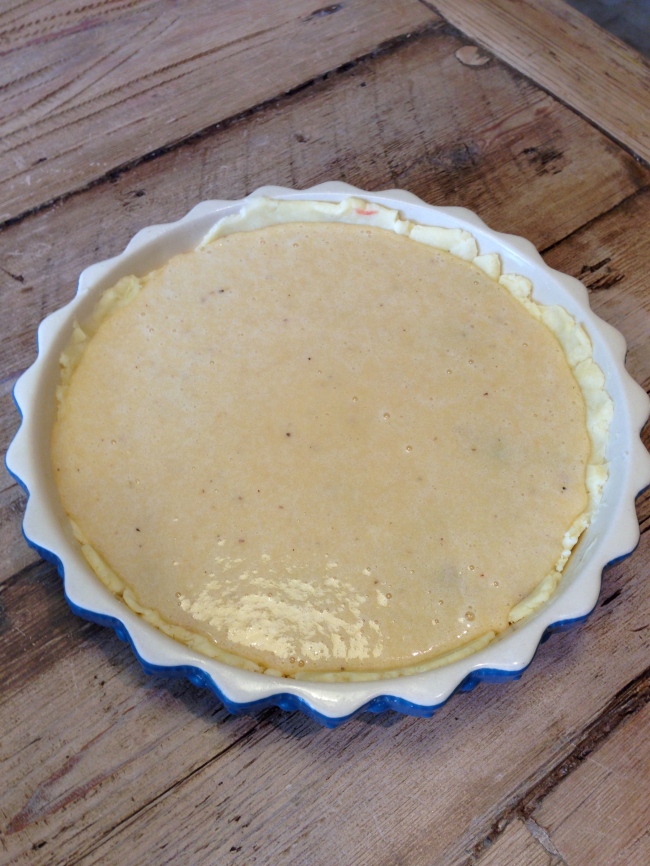 and poured the mixture into the pie dish. Finally sprinkling flaked almonds on top.

Bake for 35 mins until golden.

I served mine with clotted cream but custard would be great too. 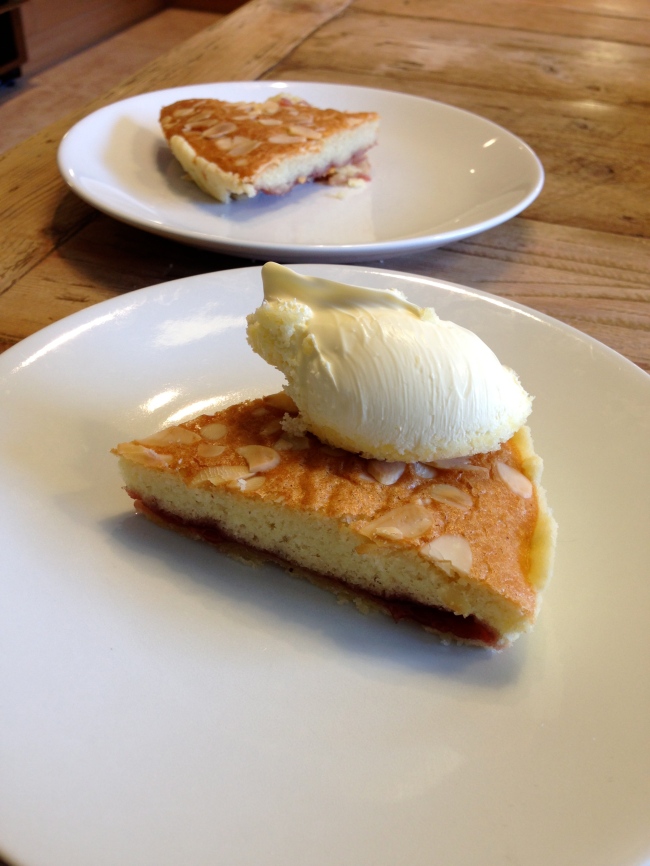 Really simple to make. Tasted delicious and not too sweet.

Every Tuesday I am hoping to bake something ready for the Great british bake off. Today I decided to have a go at dietitionuk Carrot muffin recipe.

Instead of sugar Priya suggests using puree apple about 75g. I think when I make them again I will add a little more. As they really are not very sweet. Maybe adding slightly more cinnamon too. 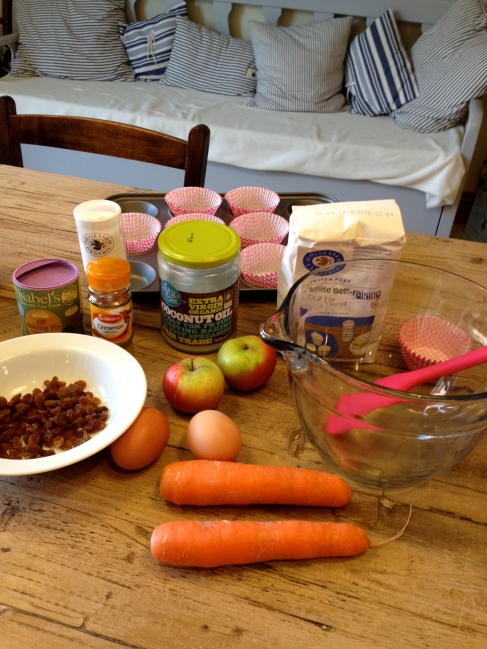 First I prepared the carrots and puree apple, and pre heated the fan oven to 160c. 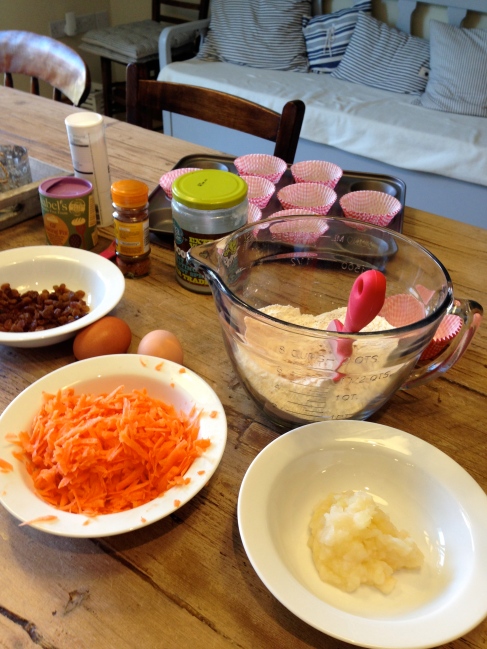 I decided to use Doves farm self raising flour rather than the combination of oat and rice flour.

I mixed together the flour, cinnamon and baking powder. I also added a tsp of isabel’s baking fix.

Then eggs, milk and Lucybeecoconut coconut oil. which I used instead of rapeseed oil. I think they would work well using a dairy free milk too.

Followed by the grated carrots and apple sauce and finally the sultanas. 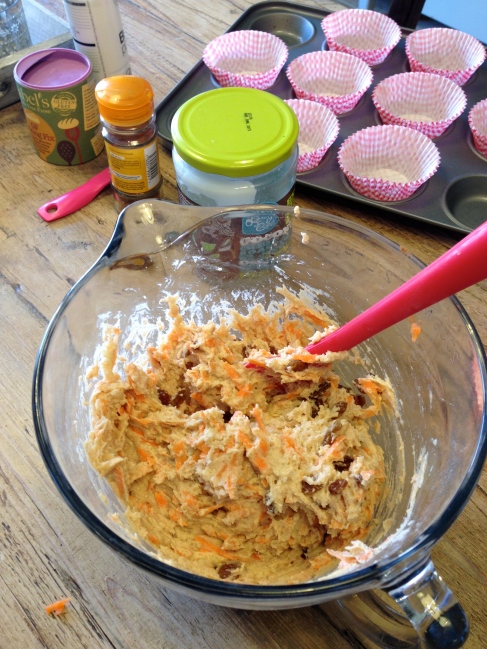 The mixture was quite thick so next time I might add an extra egg.

I spooned the carrot muffin mixture into muffin cases. 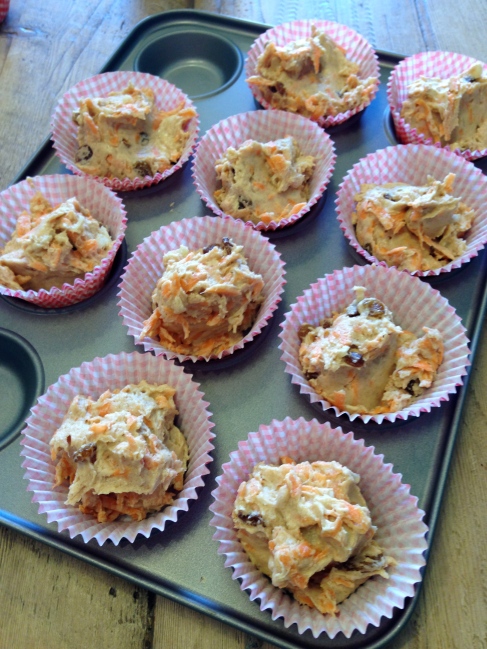 After about 16mins they were ready to take out of the oven.

I had one warm with a cup of tea.

They are certainly not sweet when made without sugar, no surprise there. But if like me you are trying to restrict your sugar intake then I think as my palate changes these will taste sweeter. You can make them with sugar or possible maple syrup, honey or agave. But wanted to try out a recipe only using cinnamon and apple puree. 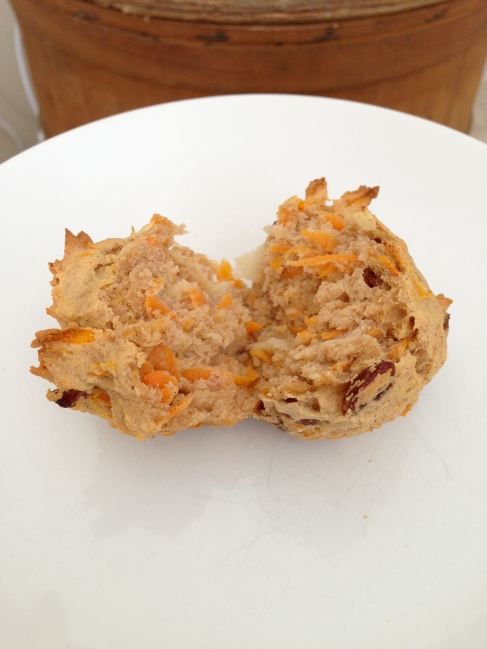 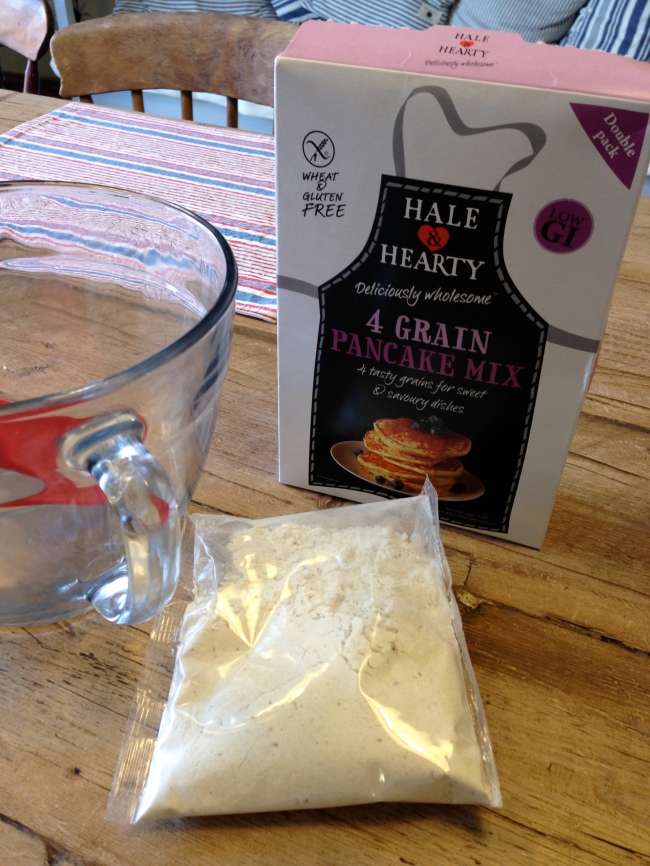 Today I thought I would give this mix a try. The pancake mix is from Hale and Hearty I found it very easy to make. 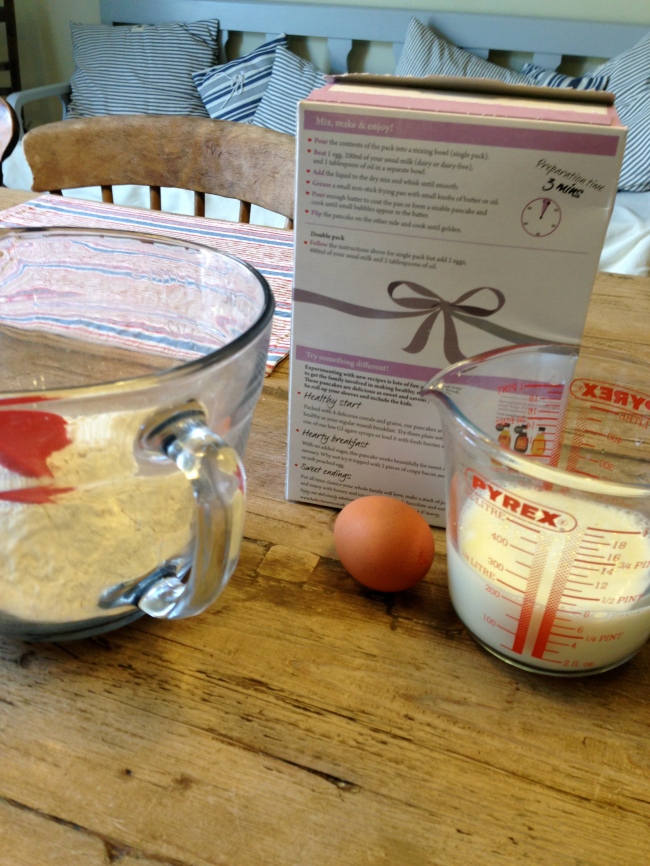 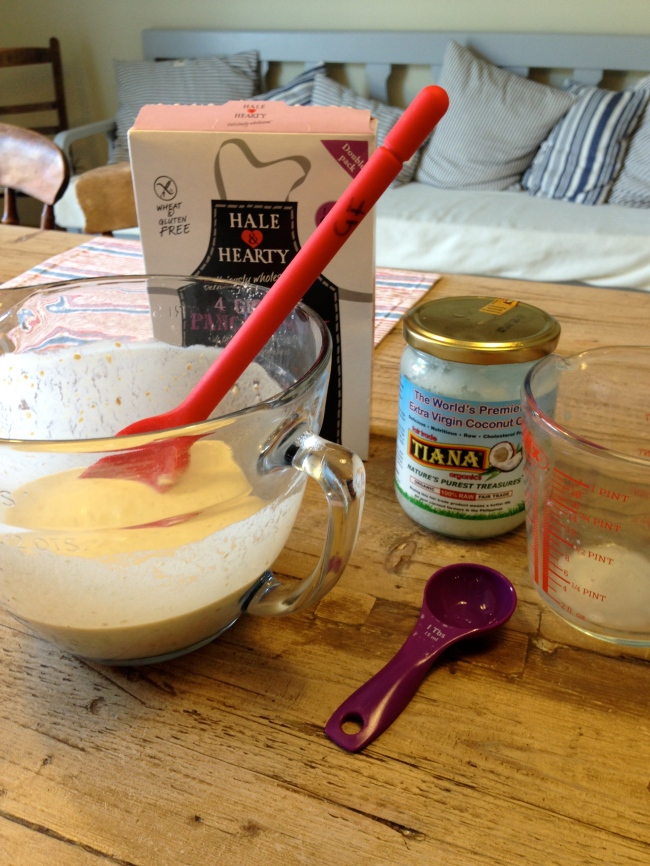 Whisk into a smooth batter.

pour into oiled frying pan, cooked until golden brown on both sides.

I served mine with blueberries and a little maple syrup. The pancakes make a good alternative for breakfast. They can be savoury or sweet and are very filling.

Incognito cakes kindly offered to send me a new Chocolate cake mix for me to try.

I normally make a homemade cake for my son’s birthday but as I had the Incognito cake mix to try I used that. I wasn’t disappointed and have to admit it was lighter than my cakes.

The cake used coconut milk in the mixture and I used butter as apposed to vegetable oil as I am not dairy intolerant.

The mixture was like a batter quite different to my usual sponges, I was very interested to see how it would turn out.

I have to say I was impressed with the bake, the cake had risen very well. Now just had to leave it to cool and add the icing mix provided.

The topping was easy to make up and there was enough to sandwich the two halves together and ice the top of the cake.

Now the proof of the pudding is in the eating! Well this Birthday cake had a thumbs up all round. Amazingly light, a very impressive cake! 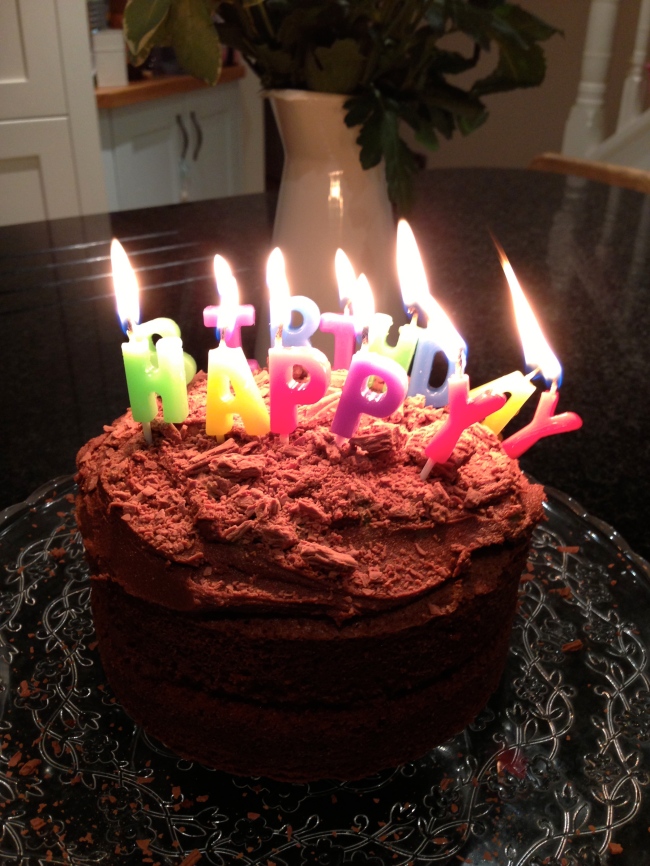 Find out more about the mixes here incognito cake mixes

The mix is gluten, wheat and dairy free and the instructions were very easy to follow.

Firstly I combined the mix provided with the 3oz butter and the 2 eggs.

I used butter as I do not have an intolerance to dairy.

Once stirred together it had the consistency of a batter. I used a spoon to fill the muffin cases. I choose to fill big cases so made 5 rather than the 6 it would normally make. As the photo shows Im not the neatest baker!

This all only took a few minutes. I had pre heated my fan oven to 180c so I could then quickly pop them in the oven.

Just over 15mins later I was treated to the sight and smell of these delicious coconut muffins, beautifully golden brown. 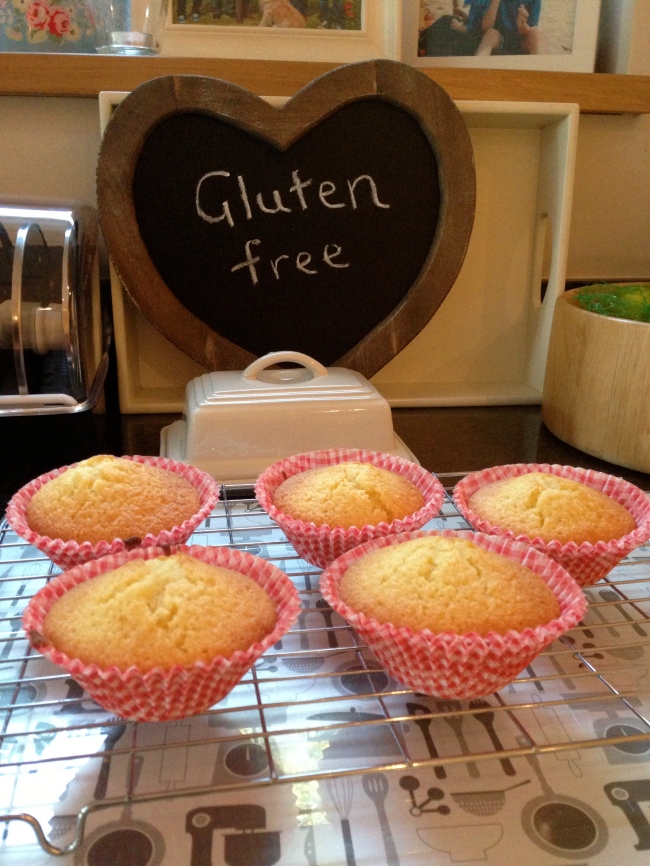 I left them to cool for a few minutes, not easy as I wanted to jump straight in!

The coconut muffins were delicious light with a crispy outside edge very spongy. I would say more cake like than muffin but I prefer that. The smell of coconut filled my kitchen but the taste was more subtle. My family tried them too, giving them a thumbs up. Both agreed with me about the lightness and lovely flavour.

Check out kickstart here and read about what Incognito cakes are hoping to achieve.

Cannot wait for these mixes to be available.

Today I decided to have a go at a new bread mix I came across at the Allergy and free from show at Olympia. Made by Sukrin the sunflower and pumpkin seed bread is gluten and yeast, milk and soy free. The bread mix and other products including almond and sesame flour both gluten free are available from a selection of stockists

First I pre heated the oven, then tipped the contents of the packet into a bowl and added water.

Mixed well and left for 3 mins. The mixture absorbed the water and became quite thick. I poured the bread mix into the container provided and popped it in the oven. Couldn’t have been more simple. loved it! 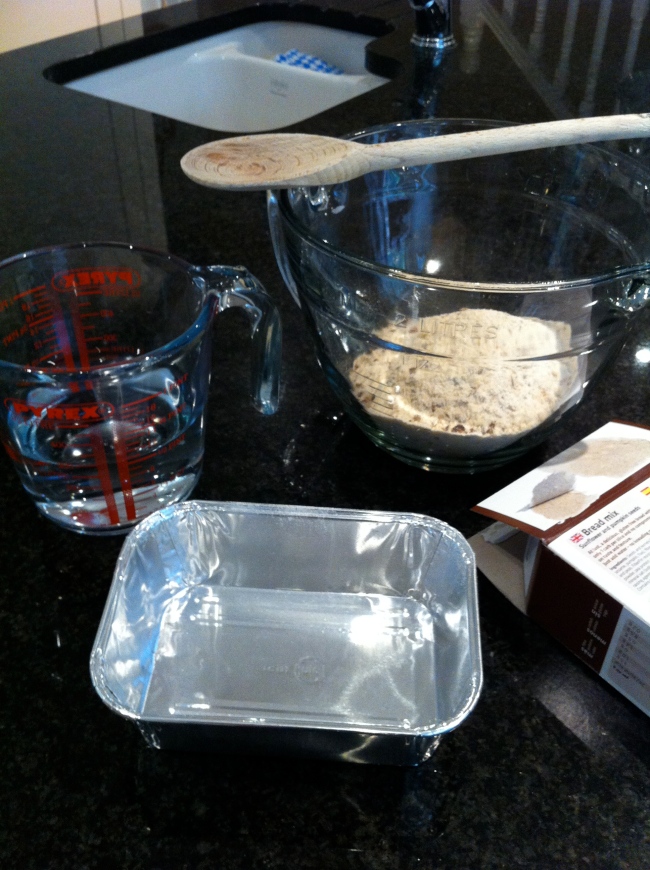 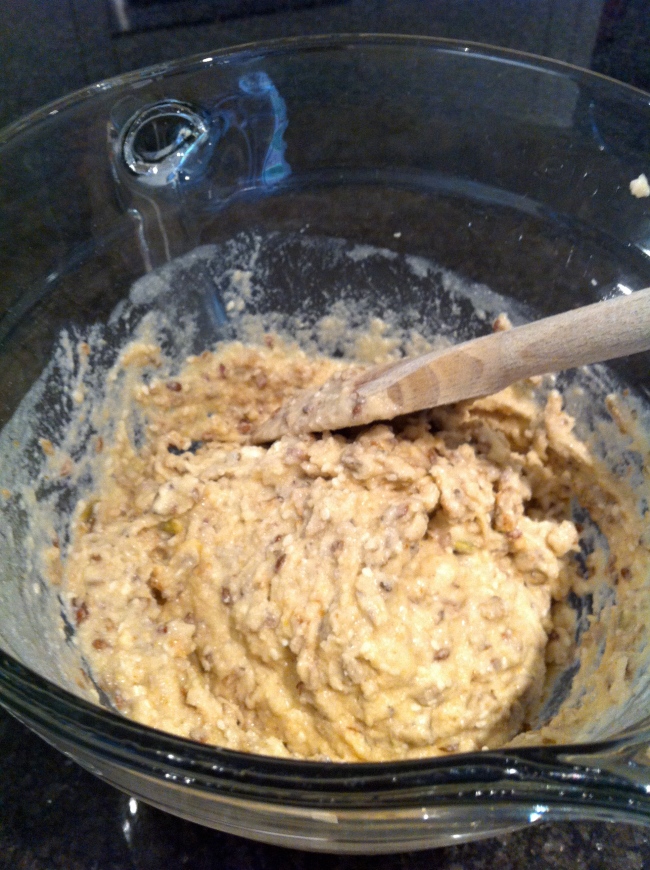 Baking time is approx 1hr 20mins which seemed along time for such a little loaf. After 1hr 10 mins I checked the loaf and after taping the bottom decided it was cooked. It came out of the baking tray easily. 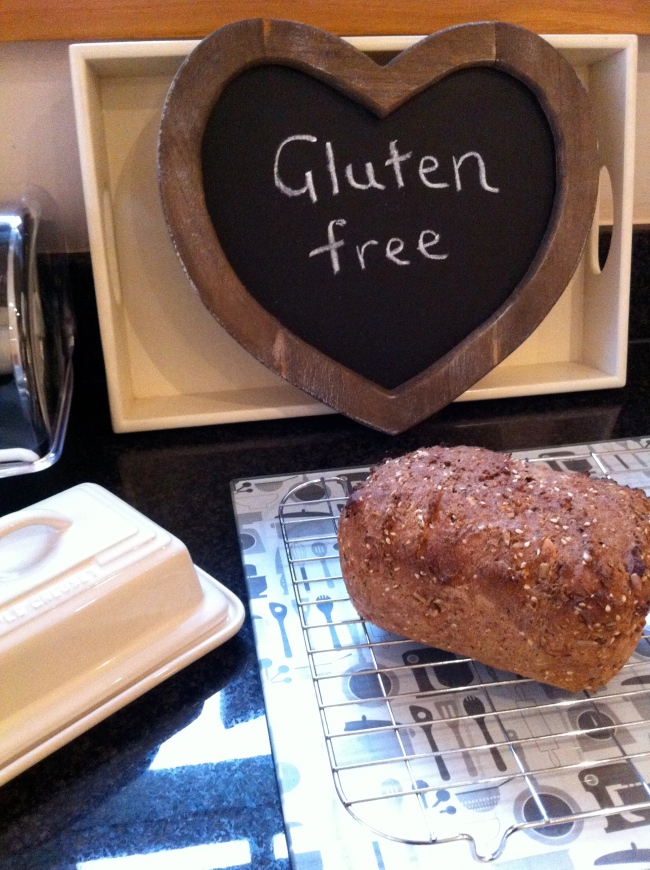 The trickiest part was leaving it to cool. I wanted to tuck straight in. The loaf looked really good. Very impressed!

Once the bread had cooled I cut myself a couple of slices and spread some proper butter on top.  I was blown away by the taste and texture of the sunflower and pumpkin seed bread. The best bread I have eaten since being gluten and yeast free and the easiest to make too. 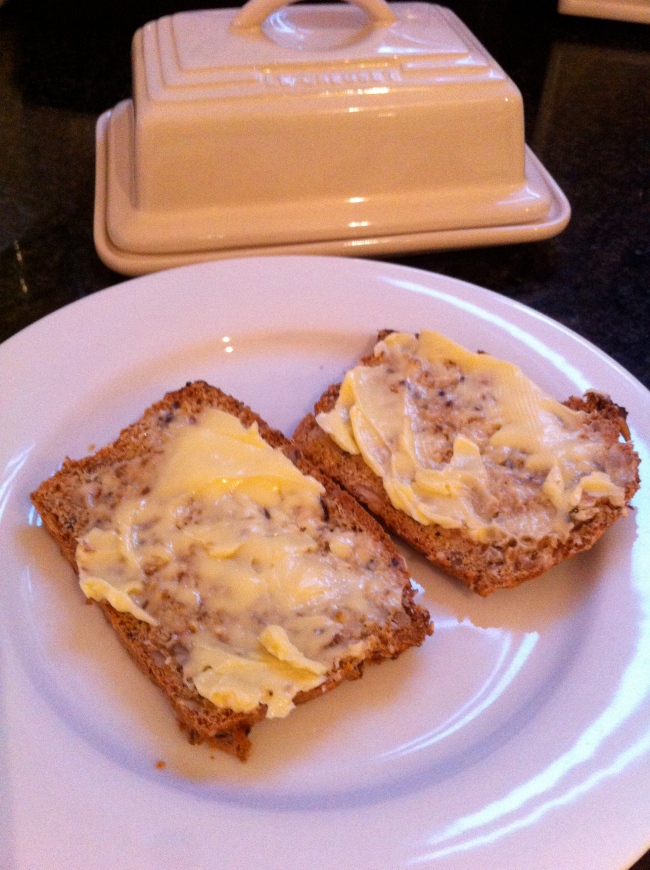 10\10 for ease of making and quality of the final loaf. Well done Sukrin! a fabulous loaf. Hard to believe it is gluten and yeast free and low carb too.

The only thing that could possibly be improved upon is the size of the loaf. Rather on the small size, its not going to last me very long.

Will definitely be ordering again.